Kirsten Lundsgaardvig was born in Denmark in 1942

Educated at the Royal Academy of art in Copenhagen

She looks upon herself as an imaginative artist, that is, to a great extend she uses her own fantasy. She is very dependent upon nature and has a naturalistic personality.
As she herself says,"Loneliness is my strength and I must have complete peace in order to work".

Kirsten Lundsgaardvig uses a unique technique in her paintings. The canvases are first covered with layer upon layer of paint until the structure that she requires is achived. Only then is the subject itself painted. It can take up to a year before the largest paintings are finished.
She also works in other media such as collage and watercolor. The materials for the collages are collected from the shores of West Denmark, assembled later, and then painted.

Kirsten Lundsgaardvigs works is discussed in the following publications: 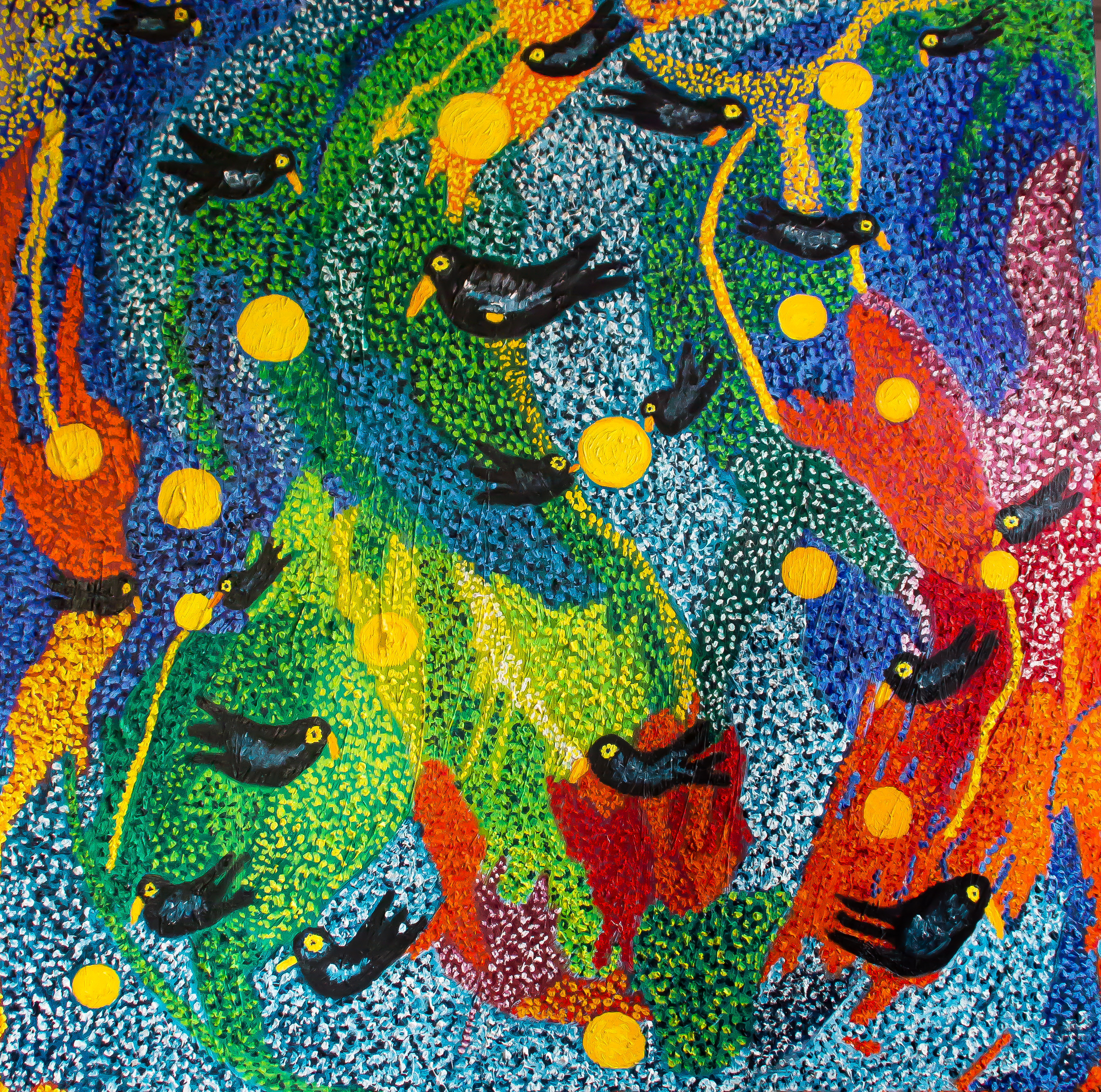